The stuff in her dad’s garage

A little over seven years ago, a friend invited me to meet her parents at their home in San Jose. Her father had amassed a collection of stuff in the garage, and she asked me to bring my camera in case I was inclined to photograph it.

Having been told little about what to expect, but assured I’d be interested in what was there, I was prepared for a garage packed to the gills scenario.

We arrived at the house where she grew up and rang the doorbell. Her mother met us at the front door, and said she’d see us at the garage. We walked back toward the car and waited a few minutes on the driveway for the wide double door to rise.

The far walls were adorned with an array of posters from a bygone moment in time. A washer and dryer sat on the rear wall between the door that led into the house and one that led to the side yard. Plenty of garage-centric items were situated along the periphery. There was order and a sense of everything having a place. In the middle of the garage was nearly nothing. It was a big open space that could house two cars with ease.

I was directed to the homemade wooden floor to ceiling shelves on both sides of the garage. At first glance, they seemed to be loaded with arrays of random garage-y stuff like nails and tools, repurposed coffee cans, and oversized plastic drinking cups containing all sorts of randomness. But as I got closer, I recall turning toward my friend with my mouth agape. “This is amazing!” is pretty close to what I said.

Over the course of about ten years, her dad took weekday walks around their East Side San Jose neighborhood. His walk through the barrio covered an approximately three mile radius that included Alum Rock Avenue, East Hills Drive, and White Road. The shelves were filled with the detritus and treasures he collected during these walks. He wasn’t discerning. Anything on the ground that was not asphalt or part of a plant was taken home: nails, screws, broken locks, parts of locks, spark plugs, marbles, pencils (there was a school on his route), a stapler, metal bits, plastic figurines, and even a large plastic dragon. (The latter he let his granddaughter take home the day of my visit!) A slight deviation from the objects found on the sidewalks and streets, he even collected the plastic scoops included with each box of laundry powder. His wife would throw them away, and he’d pull them out of the trash. Objects were grouped thematically, like with like, in incredible assemblages and tableaus. One had to take the time to look.

I took the time to look and to document. I shot a few frames of portraits until he was tired of the attention and went back inside. About a month after this visit, he passed away. 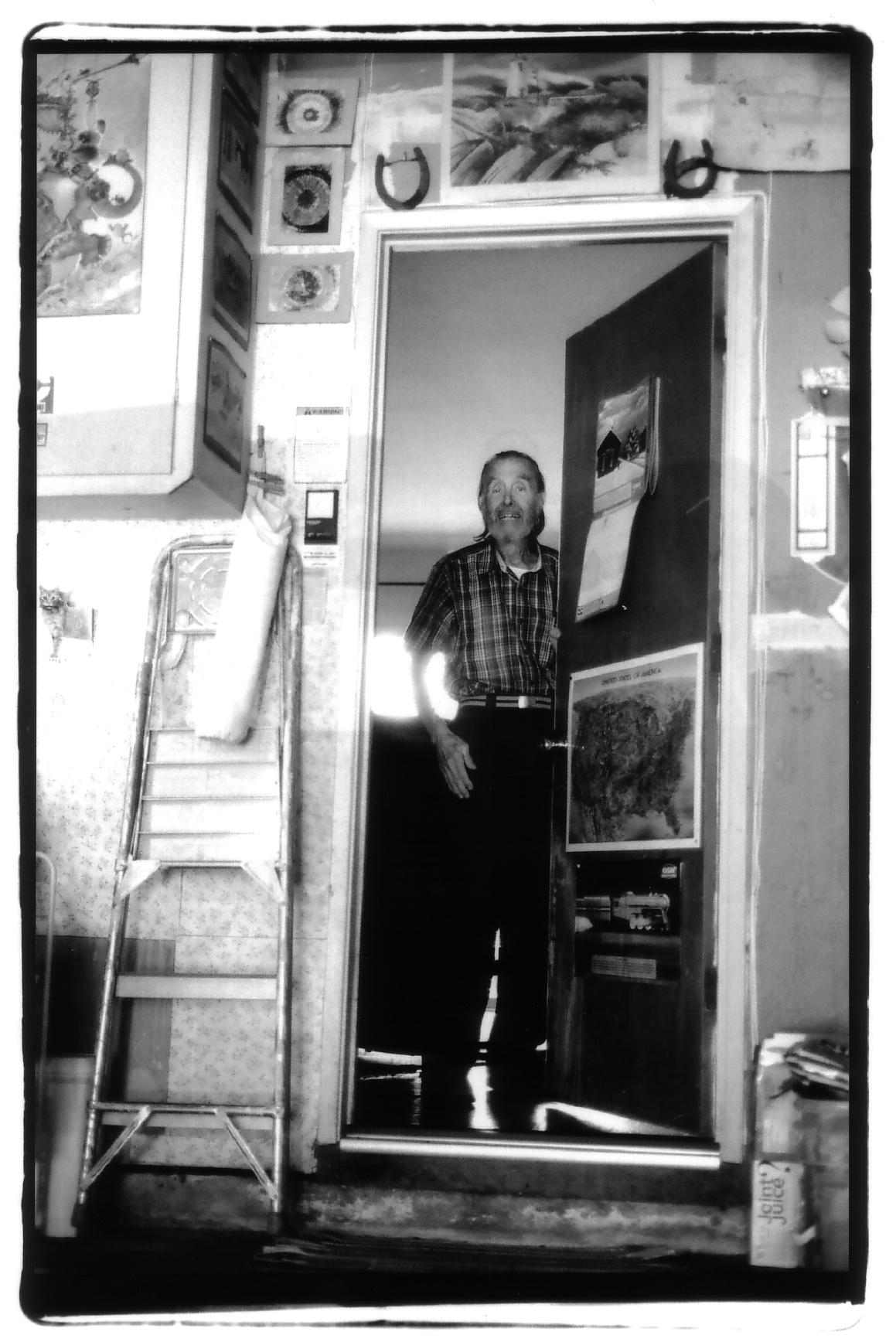